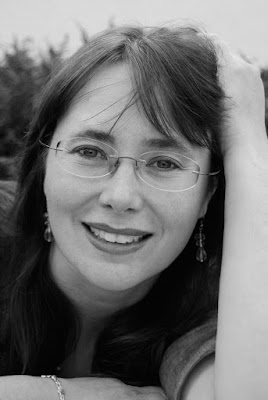 Jacqueline Chandler writes in a chatty, conversational style that makes her suspenseful page-turners easy to read. But You Can’t Hide is her first novel. Deadlock is the sequel. She’s currently working on a standalone novel set in a fantasy/supernatural world. After that, she has promised several avid readers that she will return to the world of But You Can’t Hide’s hero, Stuart Finlay, for the next instalment in his story. Her books are not literature. They’re fun. They’re the sort of novels you can take on a beach, or an aeroplane and get lost in for a few hours. They also work if read in any number of other situations as well.

1. Your book, But You Can’t Hide, is a thriller following Stuart Finlay and how his search for a missing girl leads to the destruction of a young student’s life. What do you think people see when they hear “thriller,” and how does that perception and expectation affect their reaction to your novel?

I think most people would think ‘thriller’ accurately describes my novel.  The only problem I’ve had with people’s expectations of the content is that they never thought I would write something like that.  Don’t get me wrong, the violence contained is neither overly graphic nor gratuitous, but I do come across as a rather bubbly, happy person, which I am.  My friends don’t expect these other things to come from my head.  A couple of friends have even grown distant since reading my books.  They seem to think of me differently now.

2. How long did it take you to complete your book—first draft, editing, the publishing process?

A ridiculously long time!  I remember researching this novel when I was 15.  The story hasn’t really changed much.  I killed off some characters and I eliminated some plotlines because the book was far too long, but the basic story was there.  To be researching it at 15, I had to be writing a couple of years before that, so I was writing But You Can’t Hide for about 25 years – on and off.  The last two years before publication were crucial though – major edits, major changes, and I discovered my writing style finally, so it was really completely re-written.  It all came together between 2010-2012.

The second book, Deadlock, was done between 2012 – 2014, which by most author’s standards, I’m sure, is still a ridiculously long time.

The current book I’m on has already taken me three years and I’m not yet close to finishing.  I am well out of my comfort zone on this one and I’ve really struggled with it.  I am devoting more time to it now though and I hope to get it finished this year.


3. What is one opinion about writing you’ve had that’s changed over your career?

That I could do it.  I’ve been writing stories since I was a young child.  I’ve been seriously devoting time to this since I was a teenager.  I love it.  It helps keep me sane.  But I never believed I could do it.  I mean, to get anywhere in this business you have to be extraordinarily talented and, even then, you have to be very lucky to find the right agent or right publisher who are willing to take a chance on you.  I’ve been shortlisted a few times by publishers who in the end decided not to take the risk - I’ve been ignored entirely by agents.  So, I studied something else for my degree.  I never expected to ever publish.  I never thought to actually try to pursue this seriously.  I wrote less frequently and I was miserable.  It was only in 2010 when, to me, self-publishing became an actual thing I could do, that I decided to really go for it.

4. Is there any terrible advice you’ve received for your book or career? Bad advice you’ve overheard someone else be told? (If not, are there any common writing rules you don’t agree with?)

Rules?  Meh…  I write very much like I speak.  My style is consequently very easy to read and positively conversational.  This means that, where appropriate, I sometimes start sentences with the words And and But.  It sounds right in my head and I find it to be a good way of emphasising a particular sentence, but I know it’s meant to be grammatically incorrect.  Or at least it was.  Has that rule changed yet?

5. What are your biggest concerns about the current literary world?

I’m curious to know what will happen in the future with self-publishing now on the rise and it also no longer being the kiss of death to an author in the eyes of an agent or publisher.  I can imagine the market getting completely saturated and I think that will make it even harder for an author to make her/his mark.

6. What trends, tactics, styles, or genres would you like to see become popular in modern writing?

None that I can think of.

None that I can think of.

8. Where do you find yourself getting stuck most often—beginning, middle, or end?

Beginning and end.  The idea for a book comes to me in a scene - normally one from somewhere in the middle – and the rest of the book gradually gets built around it.  I write a book in the order in which it comes to me in my head – I really have very little control over the creative process.  So, I normally write various chapters from the middle of the story first.  Then I organise them in some sort of order that hopefully makes some sense.   Then I’ll work on the beginning and try to set up some of what I’ve written in the middle.  Eventually, I’ll come to the end.  The end of But You Can’t Hide only came to me in the last six months before publishing.  To have written a book over a 25 year period and not know the ending until the last six months is pretty bad.  Once I have a full draft, I’ll go back to the beginning and agonise over that first line, first paragraph, first page, first chapter.  They’re so important and I want to be able to sell them the way I feel I can sell the middle.  When I’m happy with that, I read it all through and try to link the chapters together so it looks like I actually wrote them in some sort of order.

9. If you could hire someone to do any of the writing work for you, what jobs would you assign to him?

Blurb on the back cover.  Didn’t even have to think about that answer.  It is so hard to condense a 100,000 word novel into 100 words while still doing it justice and giving enough information to let readers know what to expect, without giving too much away.  It’s a completely different style of writing and I find it agonisingly difficult.  Hats off to anyone able to master that.

10. What is an assumption people make about your career that bothers you?
That it will never go anywhere and that I’ll never be able to make a real living from it.  I can’t say it’s an entirely unfair opinion considering how hard it is to get anywhere as an author, but, yeah, it bothers me.

OK, this falls under the realm of the back cover blurb style writing.  I can tell you a LOT about But You Can’t Hide but if I try to tell you a little, it will come out not making much sense.
Basically: It’s about a weary private detective trying to find a young girl who then gets sucked in to the dangerous world she’d hoped she’d left behind.

That doesn’t tell you much.  Sorry.

I can tell you that I love this story, and I love the characters.  Characters are really important to me.  I have to be able to connect with them or feel something for them.  Even if they’re bad people, even if what I feel is an urge to watch these characters burn, I still have to feel something.

12. How much unpublished work do you have sitting around?
I have 8 different novels crossing various genres that I’d still like to finish and publish, one of which I’m currently working on.  I also have 39 short stories and 5 poems which I’d like to publish in one or more anthologies.  Additionally, I have an unfinished play – I can’t work out how to finish it and, honestly, I haven’t invested any time in it in a long while.

13. You are a British national, but currently live in Germany. How does living in a new country influence your writing or the way you see the world?

It doesn’t as such.  I’ve been living here since 1995, so the way of life here is pretty normal to me now.  In fact, I find England a little strange when I go back there and that makes it harder for me to write my books, which are typically set in England, when I’m not really sure how the country operates anymore.

Also, the language is sometimes an issue.  I think I’ve forgotten more English words than I can remember.  Idioms are harder to recall and the sentence structure in English varies greatly from German, so I sometimes have to think it through.  I wish I could say that this is because my German is so incredibly brilliant that I speak like a native, but it would be a lie.  I’m just not a language person – that’s a bit of a setback for an author.

14. If you met people like your characters, would you get along?

Depends who.  Several of them are amalgamations of friends or people I know.  Some are rather nasty characters I’d rather not meet, or at least, would rather not meet again.

15. What was the hardest part in writing your book?

Having children.  I get quite involved in my characters and their stories.  Once I had kids, I found it very hard to be with my children and then write the sort of things I write about, so I stopped.  For several years, I didn’t write at all.  I just couldn’t.  Once the kids got older and my head got out of the fuzzy fairy tale world of tickles, peek-a-boo, and snap, I was able to get back down to it.
My website: http://www.jacquelinechandler.com
Facebook: https://www.facebook.com/Jacqueline-Chandler-135940109918386/ 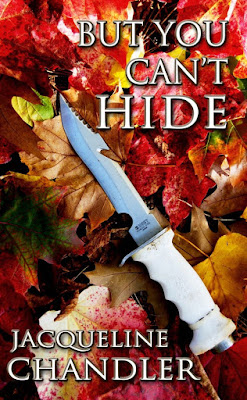 Purchase But You Can't Hide
UK
US 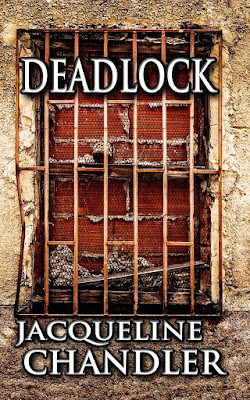 A writer looking for an interview? Please consider participating in my interview exchange.
Labels: Author Interviews 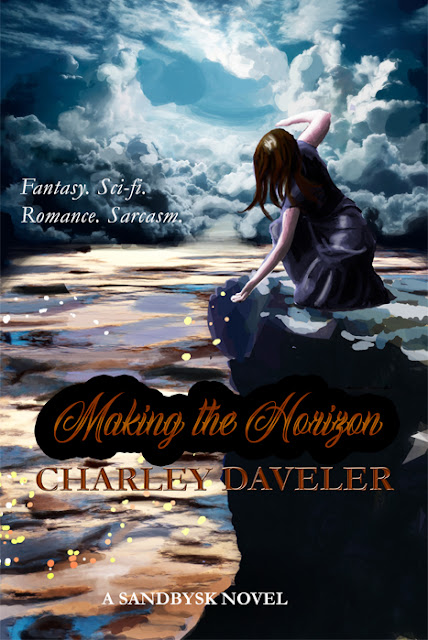