Why “?” is the Worst Form of Constructive Criticism 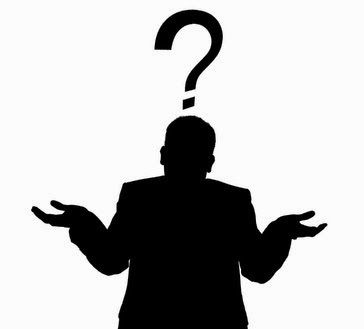 I used the word “enigma” in a high school essay.

I used the phrase “little lone” in a high school essay.

I used the word “Tetons” in a college essay.

When I got my essay back, I received a “?” next to a five sentence paragraph. Nothing else. No more commentary, no explanation, not even a circle to point out where in the paragraph my teacher had found the issue. Rereading it, I couldn’t immediately point out what was wrong. I scavenged the whole chunk for the rest of class and considered it all night when I went home. The next day, I went to my teacher and asked him what the question mark meant.

I reread the sentence. “What about it?”

Same situation, different teacher. I looked through the whole area in which the question mark could be referring. I couldn’t figure out what I had done wrong, but, for whatever reason (I’m assuming by this point I’d gotten such asinine question marks that I just ignored them) I didn’t ask and just went on with my day. (I also wasn’t too much into editing when we didn’t have to turn in another draft. Or even on the first draft for that matter. They were kind of lucky to get it at all, in fact.)

One day, a friend of mine was reading some of my fiction, in which I wrote “little lone.” She circles it, and writes in the margin, “I think you mean, ‘let alone.’”

Well, as it turns out, Jackson Hole, Wyoming was primarily traveled by French fur trappers back in the day who got the honor of naming everything.

So, guess what a lonely Frenchman might call large, bulbous peaks jutting from the Earth?

So, I had basically written, “When I look out the window, I see the Boobs.”

In the first circumstance the question mark meant, “What does this word mean?” In the second circumstance it meant, “I don’t think you’re saying this phrase right.” In the third, it was, “What the hell did you just say to me?”

The point of external feedback is to add knowledge or perspective the author doesn’t have. If he had the same knowledge or perspective as you, he wouldn’t need you to tell him anything. Sure, a writer will spell a word wrong and all it requires it a big fat underline and they’ll realize it. We can make mistakes we actually know are wrong, and we just don’t notice. But in many circumstances, assuming that a writer will see a problem (or even agree with you that it is a problem) defeats the purpose of you reading it. A beta-reader or editor’s time is extremely valuable to an author, and very hard to get.

Amateur editors and critics tend to assume that their assumptions are everyone’s, other readers see things the way they do, and their experiences are “normal.” They don’t need explaining. Sometimes that’s true, but in most circumstances, it’s not a bad idea to put into actual words what the problem is. Whether that be “This word isn’t common enough for most people to know what it means” or “I think the phrase is “let alone.”

It’s important to explain your perspective not only because the author might not catch on, but because you might be wrong. “Enigma” might be a common word and you just haven’t heard of it. A "common" word isn't always the same for every individual. Or it may just be “little lone,” and you’re the one whose always been saying it wrong. I’ve been in a lot of situations where I tried to find a problem that didn’t actually exist—it was the editor’s mistake. Which I would have known if he had vocalized what he thought the problem was.

From my perspective, I used the word enigma right, the term was little lone, and Tetons are obviously mountains. If I had to speculate on where my teachers’ confusion was (before being told), I could have thought I used enigma wrong, wouldn’t have known what the real phrase of “let alone” was even if I had understood I’d gotten the saying wrong, and never would have been able to figure out on my own why my French teacher had that disturbed reaction.

The reason why writers need outside input is because sometimes what seems obvious to you isn’t obvious to others. Good editors realize their perception isn’t everyone’s. My teacher might think that I would know he didn’t know the word “enigma,” but the truth is, I didn’t. I thought it was a common word, I used it without questioning it. It was in my everyday vocabulary, and so I, without thought, assumed it was in everyone else’s. Especially my English teacher. Expecting me to realize that I was using a phrase wrong was even more ridiculous, particularly if you add in the fact that I had already been “?” for using the word enigma perfectly correctly.

My French teacher, however, I’ll let off the hook though because I don’t think she understood what I was trying to say enough to explain why what I was saying seemed so, so wrong.
Labels: criticism editing