What to Do About Unsupportive Family and Friends

There’s a decent chance that you’re reading this because you fall into the category of my “family and friends,” and you’re asking yourself, “Is she talking about me?”

Sure. Go buy my short story to make up for it.

But actually, no, this has nothing to do with a feeling of neglect on my part. (Although my cat has been standoffish lately.) It’s just a question that I keep getting asked by beginning writers, a continual realization every time someone needs support from others: the people you think will be there for you often aren’t.

You might need page likes, reviews, readers, or maybe just something emotional. Your closest friends have this skeptical look on their face every time you suggest you want to be a writer. If you’re lucky, they will at least agree to read your work before promptly forgetting about it.

True friends will stand out. Some people will rise above and beyond your expectations, and that’s great. (I know who you are.) But the shock of having those who you thought you could depend on bail can still linger long after you’ve accepted it. 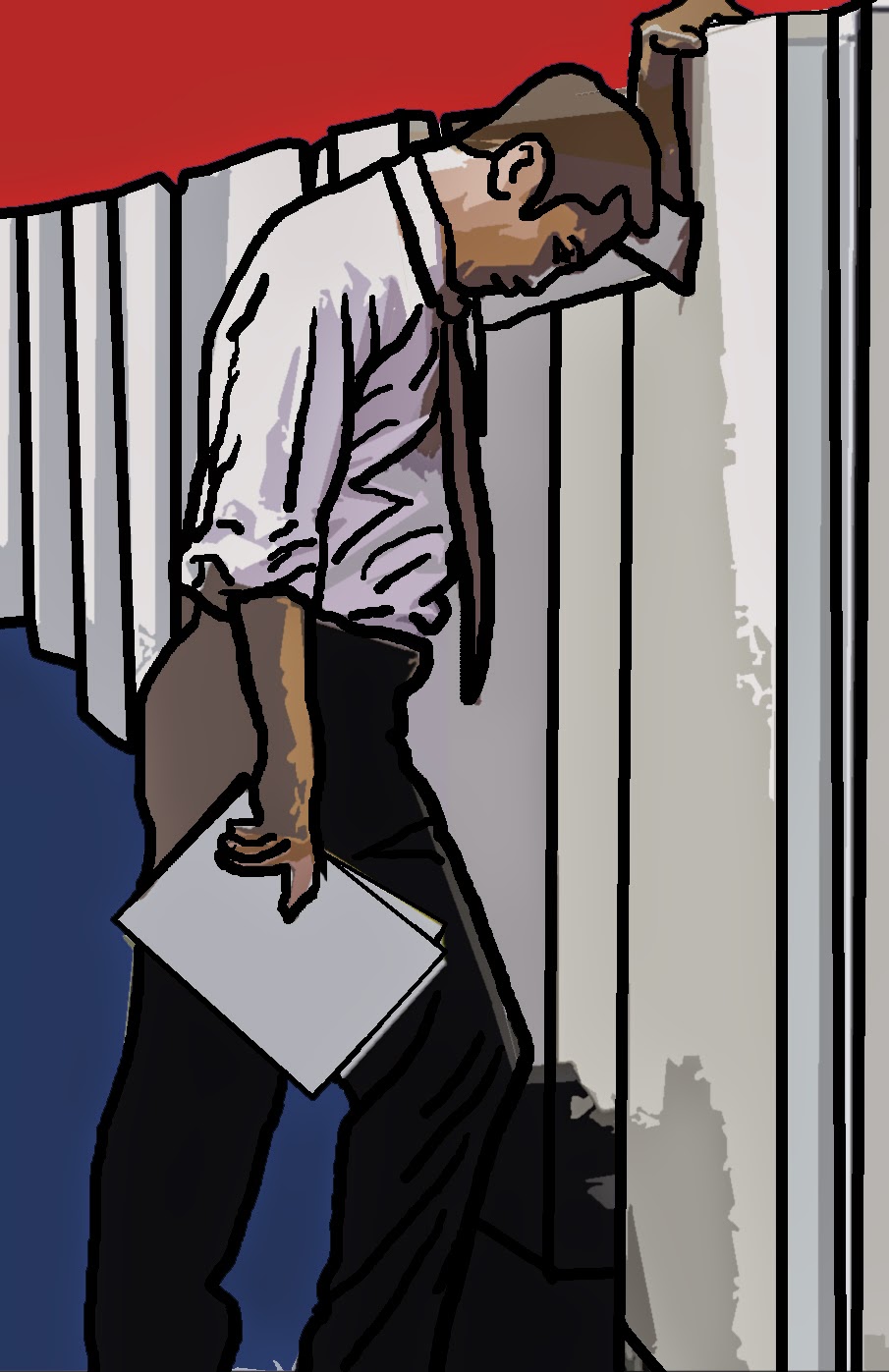 What you can do.

Since you adhered to my click bait, it’s likely this step is too late. But, like anything in writing, expecting it takes off 80% of the pain. (Yes, that’s scientific.)

Truth is, people will constantly be surprising you. The more active I am on the internet, the more I meet complete strangers who are willing to go not only the extra mile, but speed past cops while doing it. (See what I did there?) Back when I first got a grant to produce a literary journal, there were so many people honestly happy for me, excited to buy the book, and impressed with what I accomplished for so little money. These were not often people I knew very well.

Have low expectations. Expect general apathy, jealousy to be a real issue, and for people to honestly be too busy. Don’t bank on sales to family members, and if they come, then be surprised in a good way. If you have, as of yet, to request anything from your beloveds, be forewarned they might not react as you would have expected them too.

They’re busy: When you’re asking someone to do something that will take a lot of their time—like read a 300 page book, especially if they’re not big on reading—it’s nice to cut them some slack. I often will agree to read something and it will take me months to get to it. People are busy, and sometimes it makes sense for them to focus on other things first.

Laziness and cheapness outweighs a lot of priorities: Some people don’t have ten bucks to buy a book they’re not going to read. Or it’s a big deal to fish out their credit card for a website they’ve never purchased and they’re putting it off. That seems a little petty, but remember that some people will procrastinate on things important in their lives too. Humans are inherently lazy, even when we do care.

When in doubt, forgiveness will end pain the fastest: For some things, you won’t be able to understand why they refuse to support you. It would take your friend three seconds to like your Facebook page. You did theirs! In this case, when you can’t figure out why, choose to be the person you want to be. Is it something you would like to just let go? Then do. Do you want to be a vindictive vigilante, refusing to support them in the future? Then feel free to do that. (There are benefits, amazingly enough, as long as you’re okay with the consequences and the sort of world you’re creating.) And just remember that whenever dealing with them in the future. But no matter what you do, remember that forgiveness is the best way to get over betrayal.

Your success can weigh on them: Most importantly, you need to realize how other people see you and what your success would mean for them. We’d all like to not be that idiot who calls the next Jack Kerouac a talentless hack who will achieve nothing. We’d like to think we have the taste to recognize a master in the making. Unfortunately, it’s unlikely we do, and when we’re close to someone, admitting that we didn’t see the greatness in them can be a hard pill to swallow.

When your peer becomes successful, it can bring up a lot of self-doubt. Many people bank on destiny getting them through the hard times, and we like to think our time just hasn’t come yet. And then, all of the sudden, someone seemingly from the same situation as us, someone who has fully proven to be human, manages to do something that we haven’t. Even if it’s little, it will still beg the question of, “What have I been doing all this time?” Our impression of the godly, elite authors is abruptly brought into question, and we’re likely to reject it. One of the reasons why strangers can do what your family can’t is because you are a whole new being to them. They don’t relate to you as much. They haven’t seen you leave your coffee cup on top of your car or trying to figure out how the toilet works for the first time. It’s easier for strangers to adjust their perception of you than those close to you.

That doesn’t mean it’s okay for important people in your life not to support you. It just makes the lack of their support meaningless. Their apathy says nothing about your ability. And in situations where they actually try to demotivate you, it’s useful to realize where they’re coming from and why it has little to do with you and more to do with them.

If they care, they will try to save you from yourself: As for your parents (and these are the only people this excuse works for), they love you and they want you to be safe. Taking a risk in the art world is terrifying, success is unlikely, and failure can mean a complete absence of anything substantial (depending on how you do it.) But what they don’t see is how this would have to be a worst case scenario. It’s hard to be a failed writer and not have other things going for your life. Those things are probably why you failed in the first place.

Ask yourself if you really want their support.

Before you take an active stance in gaining your friends’ and family’s help, realize it might be a good thing you don’t have it.

Are your parents control freaks? Do your friends make everything about them? If your boyfriend reads your work and doesn’t like it, is it going to become a fight? Do these people actually have any sort of interest in the genre you’re writing?

There’s a decent chance that their support won’t do you much good anyway. Having a non-reader buy your book will get you like five bucks. Getting feedback from someone who likes totally different things from you can be actually counterproductive. If it seems like it won’t do you a lot of good, then you might just forget about it.

Dramatic storylines are starting to get to me, mostly because talking about a problem is often a quick and simple solution and the entertainment industry refuses to accept that.

I once had to sit down a certain naysayer in my life and explain that I can question and be afraid of my risk taking on my own. I needed her to encourage me to take a chance. I would give myself all the reasons not to do something; I needed her to tell me why I should. She wanted to help me, and all it took was explaining my side of things before she understood what I wanted.

Without getting angry or placing blame, it’s useful to just tell someone you’re not getting what you need from them. They may not change their behavior immediately, but you will definitely see some effect. If they do care, they will put in an effort.

The best form of punishment is to not ask again.

When all else fails, nothing makes a person feel worse than knowing someone won’t count on them. I’m not advocating punishing people, but sometimes, for whatever reason, we need it. It might be for emotional reasons or it might be to change their behavior. Either way, banking on someone not being there for you is the best way to make them want to be there for you.

I don’t give new works to people who didn’t read the last one. I don’t let people who try to scare me about my literary choices read something important. I don’t ask people who didn’t submit a story to my literary journal last year to do it this year. When my boyfriend refused to drive me to the airport, I went straight to someone else the next time. When a friend lied to me about having bought my story, I told him not to bother. When my cat clawed me apart as I tried to get him off of me, I never tried to move him again.

People won’t always notice what you’re not doing and—because my main goal is not punishment but rather self-preservation and not wasting my time—I don’t make the effort to let them know. Yet when there’s something important going on in your life and you’re not talking about it, they tend to realize something’s up, and maybe they’re being left out. They know you need support, so why aren’t you asking for it?

Mostly, it’s just important to realize this is typical. It says nothing about you or your work or your destiny. It doesn’t even necessarily say anything about your relationships and who you should trust. The hardest part of being a writer is no one takes you seriously. It gets easier when you can move past it.