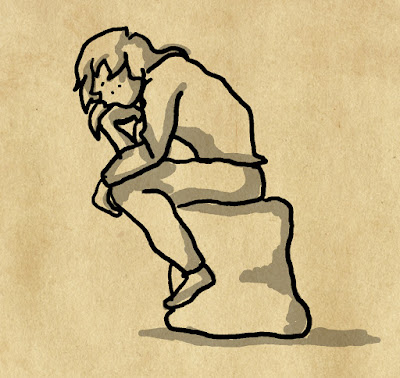 You don’t think you’d have to suggest this to a group of writers, and yet I unfollowed a blog for the first time this week because of the writer’s adamant declarations about what is acceptable in writing. After a few times, I couldn’t even begin to read her articles without getting peeved about her outlook. In that vein, you should know that I am, in fact, pissed off, at the moment. And, as I told my ex-boyfriend, I’m mad, but I’m not mad at you. I’m gonna rant here, don’t take it personally.

Her advice was cliché, lacking personal response or addition to rules already parroted by numerous of other authors who often rarely followed the ideas themselves. Learn the rules to learn to break them, as they say.

As someone who had a hard time following orders but has been writing long enough that eventually, statistically, I’ve had to do what I was told, I could tell you all kinds of anecdotes when following the rules led to my success just as much as I could regale you on the times they’ve screwed me over. So, from my perspective, anyone who listens to their own advice and practices it accordingly should have a similar series of personal insights about context.

Writing is not about getting permission. It’s not about doing things the “right” way. It’s not a science, and that makes it all the more important that people filter in other’s opinions and then analyze them. It’s perfectly understandable and useful to wonder how a decision will be received by readers, but it’s a whole other matter when you start asking, “Am I allowed to…?”

If you were to follow the rules, you would be playing it safe, be homogenized, and be ridiculously limited, and you wouldn’t necessarily be writing anything that anyone cares about. That does not mean they’re not useful at times.

The internet does not need another blog telling us that “using said” is the best way to fix dialogue. It isn’t. Stop fixating on easy solutions and start going a little deeper. Writing is about illustrating a new perception on God-aged ideas and experiences, so why, when you are a writer writing about writing, are you saying something that is older than God?

Writing advice is like the straw that broke the camel’s back. Camel’s back got broken. What happened just before it broke? You put a straw on it. So don’t put straws on camels’ backs, obviously. And even if I don’t know the camel’s back got broken, someone I highly respected told me not to do it, and so, when giving advice out to others, I am going to give you the opinion that “matters.” Not my own, because theirs must be better than mine; they’re famous after all! So I’ll repeat the idea that I don’t really understand because it came from a source I trust and am completely unable to put it into context.

The important part is, of course, that the camel’s back got broken at all, and if I’m asking for a quick solution off the top of your head and that’s what you come up with, that’s reasonable. But if you’re repeating the advice for something you’ve allegedly being doing for twenty years, then I have to severely question how much you’ve actually been thinking during that time.

A real expert would be able to say, “I too have broken the camel’s back. If you remove the straw, this is what will happen. If you move the 90 pound statue, this is what would happen. Here’s why I recommend this option…”

Overuse of the word said, overuse of synonyms for said, are the surface level projection of a deeper problem. What is that problem? Finding that problem over just using a simple trick to lessen the problem will solve your issues in one sweep. Putting “cover-up” over a few obvious words will… well, look like you did what you did.

My first advice to someone struggling with dialogue will never be about the tags. The tags are a separate issue all together, usually stemming from lack of variation in general, or—more often—come from someone having said, “Never use said,” or “Always use said.” The writer, focusing on it, makes it unnatural, and thereby noticeable.

My first advice to someone trying to be a better writer is not about adverbs. Adverbs are the symptom of a larger problem. If the larger problem does not exist than the adverbs aren’t a problem.

My first advice would not about deleting semicolons. It might be a part of a laundry list on how they act pretentiously or they jar me over and over, but an excellent writer who I trust will gain my acceptance of the strange device over time. If semicolons really are the biggest issue, we've gotten to the stage where the book is fantastic and now we're just polishing. But if you hate the character and have questions about gaping plot holes, talking about those issues trump the easy fixes.

If I were trying to edit a book for someone, I wouldn’t be discussing word choice. Not at the early stages. I’d focus on the largest problem—This is why I wasn’t in love with it. The issue with this tactic, however, is it requires authors to think for themselves. But, if you want to be a writer, you’re going to have to do anyway. Yes, it’s easier for me as a teacher to go through and say, “Change this word and this word and this word,” but it’s more effective for me to say, “If you want this result then look for these influences.”

Here’s my writing advice: Intention, intention, intention. And variation. That’s it. Vague, no? Yes. That's the problem. Critical thinking is complex. It's hard to teach. There's no real quippy phrases to clarify how to do it. You learn from experience. But those experiences can be taught, discussed, and learned from, which is why it's so important to go into them instead of summing up a overly simplified solution.

What does too much look like? How do you know what intention your readers are seeing? Well that’s up for the writer to decide. He has to think about it. But I know that most people can do it. And if they can’t, if they are incapable of thinking for themselves, then they have bigger problems.

It’s hard, but analyzing the complexity of the real issue of “why” will end up being far truer, far more effective, then “don’t.”

I know some people believe that adverbs are the devil’s work, and they have every right to believe that. But if you only believe it because someone said so, if you haven’t tried it out, or have, but never paid attention to the results, you’re not an expert. It is damaging for someone to push an untested theory onto fresh minds without reminding them of alternative opinions and options.