Should You Force Yourself to Do What You Don’t Want to Do? 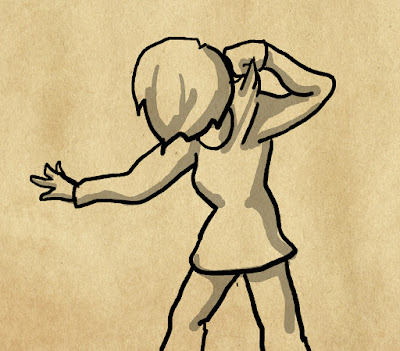 Things I hated on a first impression:

To be fair to my first boyfriend, it was about 8 a.m. and he was way too cheerful.

I like to complain. I think that’s evident from any single quote you can get from me. Part of the reason is because it really does help me get over something if I discuss it. It also helps me to problem solve. But mostly I think it comes from a deep seeded belief in my non-credibility. People tend to think I’m lying despite my gross disinterest in doing so. I’d say I lie a lot less than average, and when I do, I’m not very good at it. I notice things, come to conclusions, and then have people question those conclusions that seem to fly out of nowhere. Yet, when you make a point to speak every mild irritant, people are more likely to believe you when the problem gets bigger.

Now, from my complaints, understandably, you have quite a few people asking, “Why don’t you just not deal with it?”

Why are you reading that book if you don’t like it? Why did you let that guy talk to you when you weren’t immediately attracted to him? Sometimes you should just accept that you don’t like socializing and stop guilting yourself for it.

True. Somewhat. I mean, if I accepted “how I am” as just being “how I am” I wouldn’t be a writer. Procrastination, laziness, a short attention span… Pretty accurate to who I was as a teenager. Is true for me now when I let it. I believe most skills can be learned, and not accepting something because you’re afraid or just begrudging isn’t going to change your life.

This week I saw a flyer at the library for a writing group. I picked it up thinking, I really should go to that, but I’m kind of dreading it. I’ve always enjoyed writers groups, and in fact remember them as being some of the best times I’ve had in the last few years. But I hate meeting people, and there is always this moment of territorialism you have to contend with. You have to stomp your feet and piss on your chair to assert your dominance before you guys can settle down into a more collaborative, friendly environment.

It’s actually not that hard to do. If the writers are experienced, they’ve already calmed down, and if they’re not, they are easily influenced by a good attitude and an obliviousness to their competitive side. But someone often tries to prove themselves upon your first meeting, and while it’s not that difficult to deal with, it stresses me out.

Plus, I have to curb my ego as well, which can be exhausting.

Truth is, I like staying home all day. I just feel guilty for it. And I’ll be the first to admit about how important it is to get sunlight, fresh air, and exercise in if you want to feel good, especially if you’re at risk for depression. Forcing myself to go out into the world—which is a lot easier now that I live in New York because you kind of have to—tends to make the day go better.

Socializing and even being touched are pretty important necessities that you don’t think about until you suddenly experience it again. You don’t know why you’re feeling badly until, WHAM, social contact, and you realize what you’ve been missing.

I want a family. After last year’s break up and a couple of run-ins with harassment, romantic notions had fled me. The thought of being with someone didn’t excite me anymore, mostly because I didn’t have any hope. I suppose I had always wanted a relationship with someone sort of like Calvin had with Hobbes. Even just a friendship, where the two of you had a deep bond, inseparable, important, irreplaceable. I had hoped that I would have that kind of connection with a husband, but so far I’ve found me taking a back seat in both my relationships. Prior, I hadn’t cared about being the pursuer and just wanted to make someone else feel good, but in return I received massive neglect, betrayal, and heartache. Guys won’t leave me alone, but they won’t exactly put any effort in either. Even brushing their teeth is asking too much.

When I found out how much my ex separated love and sex, I searched out signs that this was just a personality trait, but was told by guy after guy, in not so many words, that no, a man’s sexual attraction means nothing.

I sat behind a young guy on the subway yesterday. He was staring at an Instagram photo. Not a sexual one, just a girl’s face, a profile picture. He gaped at it for a solid minute before flipping to a picture of a totally different woman and gaping at that one too.

I had a guy who was attracted to me. Until we grew close. He was attracted to a lot of women, and all it seems to mean is that they’re going to bother you for your attention until they get sidetracked by someone else.

Oh, sure, it doesn’t mean anything. They can still love you and feel attraction, right?

Well, what if you don’t? What if the one person you wanted, the only person you wanted, was constantly using other people to get excited? What if they were doing things that you’d never even been tempted to do?
It was wrong. It was wrong, and I tried to force it, to fix it. I loved him through the bad. I loved him through the really bad. I loved him long after I shouldn’t. It was so hard to make myself leave, knowing I was depressed, knowing I was lonely, knowing that I needed to do what was right for me otherwise be trapped with someone whose talk of marriage included informing me that his friend said, “Shit or get off the pot.”

I suppose I rather be the one who isn’t tempted to stray than the other way around. I like the fact that I could feel that way for someone. I like that being in a relationship won’t make me pained on what I might be missing out on. I like knowing it’s easy for me to be a trustworthy, devoted partner. But it begs the question: How much do you settle for someone who does things you would never do back? Even if there was no ill-will?

Am I unique in my devotion? I can’t imagine that’s the case. And maybe the desire to look at other people really doesn’t mean anything. Maybe if I find someone who is accessible and misses me when I’m gone is enough. But that certainly seems like settling to me.

I struggled to see myself in a relationship again. I want someone to see me the way I am capable of feeling for someone else. I want someone to be devoted to me, to not screw me over because I don’t constantly vocalize my needs, to take care of me when I’m feeling weak, and who will step up when I can’t put in the effort anymore.

Last year, the dog my ex and I got together died. It was after I had left, and I was mostly in a state of shock. He was just a puppy.

I remember when we took him swimming for the first time. He was a little timid at first, but he took to it like a duck. Or an otter, really, my little otter, who when I was swimming out in the deep, he dove right in and bravely plowed through the distance to come to me so I could catch him.

I miss him so badly. I think about him every day. I hardly think about my ex, and usually when I do, it’s more about the anger I feel towards the distrust I have now, the lack of optimism, how he’s skewed how I see men. But I miss Storm more than anything.

I want a dog. I want a puppy who I connected with at his birth. He was a velociraptor, bitty with tiny little needles for teeth, and I remember swearing, “Next time we get a dog, it will be an adult!” But I want to teach him to swim. Train him to sit. Be woken up by kisses at six a.m.

I want a family, a home, children, and a friend. Someone who I can count on when I need him, who will hold me when I’m scared, who will show me he cares about me and not sit back and let me do all the work. I’m in a new city, alone, trying to make decisions, be optimistic for the future, and all I can think about is how badly my past went, how the family I tried to make disintegrated before my eyes. It was like trying to hold sand keeping it together. It was so hard, and in the end, all I had to show was humiliation and anger.

Until I do. I know if I go to this writers group, I’ll have fun after all is said and done. Maybe not a lot of fun. Maybe I’ll be begrudging it every step of the way. Maybe if I finish this book, I’ll change my mind about it. Not a lot. It was still a pain to read, but at least I’ll feel better. Maybe if I give a guy a chance, he’ll prove funny and caring. Maybe not enough to date, but at least he’ll remind me of the good feelings that can come with it.

Or maybe I’ll fall in love. Maybe the group will excite me, inspire me, help me blitz out a couple of pages that night. Maybe that book will become my favorite, something to be read time and time again, getting better the more I am open to it. Maybe I’m skipping over the love of my life, in whatever form, by avoiding change and risk taking.

I started talking to someone again and positive associations returned. Hopefulness came by forcing myself to try. Getting myself out there, doing things that I didn’t want to do helped me want to do them again.

Life is too short to spend it reading bad books, but it’s too short not to take a chance on something either.