One Blind Step at a Time 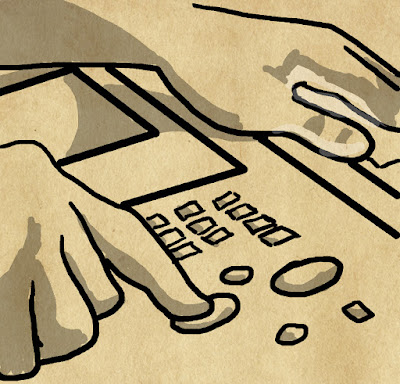 Of course I’ve come to accept that moving stresses me out a natural amount and my transient lifestyle could be blamed for a great deal of lack of focus. Yet, I don’t think that’s what’s causing my apathy towards books and my career.

The road to publication has been going pretty much as expected. I know enough about myself and the process that there’s not a lot of disappointment or negativity involved. I plan to trudge onward, turning my attention to the next book, but it has caused me a literal existential crisis (versus the overdramatic existential crises I pretend to have) in which I somewhat wonder, what’s the point of it all?

The realization that I may never have a family unit in the way that I originally imagined has changed my options quite a bit. I strongly considered joining the military, and if the political climate (and our fearless leader) wasn’t (who) it was, I may very well do that. Travel the world, experience things no one else even gets to see? I get up at six every morning anyway, and tend to live a perfunctory lifestyle on my own. Without a family to return to, a military career could sustain me and show me a more adventurous life, my only concerns being a woman in the military and I really don’t want to have to kill anyone, though my dad, a Vietnam vet, says that in the heat of war, you rarely know if you actually shot anyone or not.

My thoughts also turned to the one thing that I know I can have: a dog, my cat, and where I can live that would give them the best life possible. After my planned two year stint in New York, I might move out to Boise, Idaho, aiming to get a place with a lawn and start teaching children the myriad of useless skills I’ve acquired. It’s possible that I might lend my life to helping those in need, though that requires money that I don’t know where I’d get.

Today I made a to-do list that didn’t even reference writing. I didn’t even plan to open up my document. I am so close to finishing a first draft of a book, I could probably hash it out before six tonight if I wanted. But I don’t.

I always assumed that with drive and a flexible definition of success, I could be a writer, but now, even with the very expected responses (or lack thereof) and slow going submission process, it’s not that I think I’ll fail, it’s just that I don’t feel like keeping it up. Do I self-publish? Do I turn around and pitch the next one? Then the next? Do I keep rewriting this one and submitting?

A part of it, admittedly, is that my tastes have changed. I used to love young adult books. But now that my reality is jaded, reading about a smug and broken 17 year old boy help build up the self-esteem of an unaware diamond-in-the-rough is getting old. Things are way too spelled out for me—which has always been a concern of mine—and the events are often formulaic and slow.

This matters, of course, because that’s exactly what I’ve been writing. I mean, not exactly. No one would ever accuse me of being simplistic, and though my characters were young, their histories made sense for their ages, and in many ways I worked to correct the concerns I had with the young adult fiction I was reading.

But still. I’m looking for something else now, and I have no idea what it is.

Is this a phase? I think so. The other day I came across F.P. Spirit’s blog post, “Cover Art Doesn’t Just Happen,” and fell in love with the image. It made me realize that I wanted non-stop weird, impactful events with sarcastic characters in visually fantastic worlds. I wanted a book with a cover like that, that met with the expectation of what I’d liked to find inside of it. I felt a surge of inspiration in that moment, but I suppose, knowing it would be gone long before I could ever achieve what I was going for, I didn’t take it seriously.

But it could be there, and that’s the point. I think the publication process is getting to me, the reality hitting me that you’re still going to be left in the dark as of what to do next even when you do start progressing.

I’m slugging along though. Posting blogs help me feel productive and the more productive I feel, the easier it is to do more. Stay with me guys. We just gotta keep going, one step at a time.