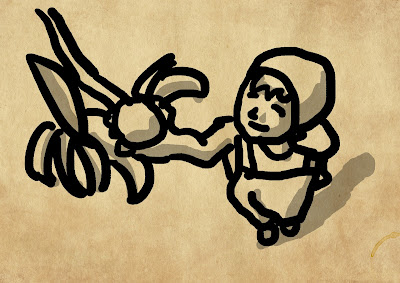 To some, talent is like hair color, except it never changes, even due to age or sun exposure. You have it or you don’t. For a long time, I couldn’t put my finger on the obstacle between my and my professor’s philosophies until, one day, I stage managed for a theatrical iteration of Crime and Punishment. Rodion Raskolnikov, a young struggling writer, believes deeply there are extraordinary people and ordinary people and God forbid someone ordinary thinks of himself as anything more. You are what you are. Because he is extraordinary, because he must prove he is extraordinary, he commits a violent murder with the belief a great individual would get away with it. You can tell author Fyodor Dostoevsky is writing a somewhat autobiographical but critical reflection on his own philosophy, mostly because Raskolnikov’s words make sense out of so many individual’s actions.

The more someone believes in this the harder they take their first criticisms, thinking that if people don’t like this book now, clearly they were not meant to do it, clearly they can never be an author. They also tend to be harsher, faster to judge, and more resentful of change in general.

I have been envious of the philosophy a little, thinking that it must be easy to bank everything on Fate. Imagine if all you had to do to know if you’ll be a successful writer is write one draft of one book and give it to one person and you’d have your answer. Most of the great pieces of fiction wouldn’t exist, of course, if we all operated that way, but it’d save us from a lot of heartache.

While most writers want to know if they have the talent to continue on, it’s actually not the most important aspect about whether or not you ‘should’ be a writer. Your talent changes over time, grows, disappears, misdirects, and, of course, errors. What factors go into a piece working has less to do with an inherent part of you and far, far more to do with context and experience.

A common reason a manuscript’s voice doesn’t work is not because of the author’s unique perspective or even those personal tastes he has, but because his uncertainty subtracts from a genuine sense of self.

New writers tend to over explain things, focus on clarity over ambiance, and sometimes seem like they’re begging their audience to think what they’re saying is cool. It’s hard to put your finger on it, but there is definitely a stronger style for authors who have confidence than those who are testing the waters and erring on too much (already implied) details.

Add in the author’s propensity to stall while looking for words or thinking what may happen next, the writer who might have a naturally great repertoire of words and perception can ruin it while stumbling around. He’ll add in excess phrases, pointless tangents, details that no one cares about or already understood. When people suggest he’s doing these things and they don’t like it, he might feel as though they’re questioning his inherent voice when in reality, stalling and insecurity are part of the common adjustment period that you slowly start to get over through experience.

Writing is about relearning how to speak, in a way. When an author’s ‘inherent’ writing style isn’t working, it doesn’t necessarily mean he’s a bad story teller. In fact, you’ll note that people who are great at parties aren’t always great at writing ideas down. This can be attributed to a lot of things (such as tone of voice and body language), but it’s also important to remember that to get something on paper, you have to slow down your thoughts and your words, which obviously can change the natural way you speak. If a writer’s voice sounds mechanical, forced, and… written, it’s because he again needs to adjust to this new way of speaking and has nothing to do with how well he can tell a story.

Seeing reality instead of the fictional reality.

Standards of protocol are the artist’s bane. They are the choices done a certain way only because they are done that way, and can feel restrictive, generic, and uninteresting.

Fictional reality and standards are important considerations when it comes to making readers trust you. By writing what is truly real—or what should be true—instead of what is often seen in fiction, people will get confused and discredit you.

For instance, we are introduced to random people in our lives all of the time who have no real effect on our story, yet if you have too many characters who seem to have no purpose, it will look like you don’t plan very well and you’re not concerned with wasting the reader’s time.

Or, you killed off a trillion characters in a genocide because you know your readers should feel terrified for that high number, but the truth is they’d have been more upset if you’d just killed the dog.

Doing what you’re “supposed to.”

In the opposite vein, instead of writing the way he would like literature to exist, the book he wants to be written, the new author attempts to do what he’s thinks he’s supposed to. He thinks too much about what is expected of a novel and doesn’t question if that’s really the best choice.

He uses big words because real writers do. He uses small words because that’s what great writers do. He sticks in the token female character and makes her a Strong Independent Woman. He writes the genre he thinks will make him look smart or make money instead of the one he actually likes reading.

Or maybe he is refraining from doing any the above because he’s afraid of looking like a hack.

It’s not an issue of cliché, it’s an issue of being genuine and taking his own personal tastes seriously. The new author’s talent lies in his own unique desires combined with his honest, relatable feelings. By denying how he actually sees the world, wants literature to be, and writing what he wants to write, he is denying his natural ability.

Paralyzed by fear he’s not a “Chosen One.”

Because ‘natural’ talent is the only thing that matters to some people, often potential writers will be demobilized by the thought that another person might not like their writing, that this first book isn’t as good as their favorite masterpieces.

While I don’t believe in the whole “first books always suck,” mentality, I do think that the repeated insistence they do is useful. Not writing a masterpiece the first draft of your first novel doesn’t mean you’re a bad writer, and it definitely doesn’t mean you never will. All writer’s talents fluctuate; even those who started out strong have off periods.

Writing the first few thousand pages has a lot less to do with whether or not you’re talented, but grasping an understanding of your abilities, desires, differences, and the cultural norms and expectations of the literary world. It’s about learning more about the world and yourself, and just getting used to the changes of being an observer instead of a doer.

Sure, you might have lower learning curve. You might subconsciously get something that you yourself couldn’t logically explain. Your best work might come out of you in a single sitting, hashing out a stream-of-conscious tirade. But the truth is, you can’t be bad at something you just began. If you believe in natural talent and that your destiny will soon be obvious, than at least be happy you don’t have to deal with the pain of uncertainty. For the rest of us, it’s good to remember that talent is more complex than we make it, and not immediately being great at something doesn’t mean you should quit.