There is Nothing to Fear But Fear Itself. Literally. 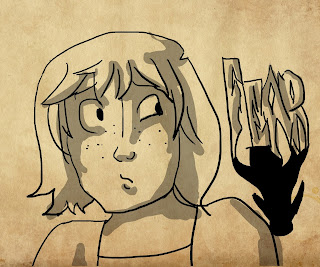 I gotta say, the thought that I put off submitting my manuscript to agents relieves me every day. For the first time in my life, I do not begrudge myself for not meeting a deadline.

When I started reading the eleventh draft back in July, I knew that this was probably it. I had done everything I could, received feedback from everyone I thought to ask, and got to a point where I truly loved what I had done. There were still small mistakes every so often, and I knew I had to do at least one more read before I’d feel safe, but it’s at the place where if I got rejected by millions of agents, I wouldn’t be embarrassed and I would put it to bed safely, knowing I had done all I can. I’m proud of it. There’s reasons it might not succeed, but I’m pretty objective and aware of what those risks are. Confidence isn’t about lacking flaws, just understanding them.

Still, I last summer, I planned on submitting my first round in August, which then turned to September, then turned to the day I left for New York. I ended up not doing that either, and right now, I’m really glad.

If I was waiting on hearing back from housing, jobs, and agents, my head would probably implode.

Getting an apartment was surprisingly painless, but I’m happy. It’s more than I had hoped for from a NYC room. Quiet, safe, with a bathtub, a great roommate, and an incinerator right next door. (You have no idea how exciting to be able to pop your head out and throw away the trash.)

As for money, I’m saved up, and I don’t need a lot. I’ve been budgeting, and my major concern is money for classes I’d like to take.

Two weeks ago, refreshed and back from Thanksgiving in Boston, I started my job search—and it made me physically ill.

I felt this way before I signed my lease too. What do I do? What am I looking for? What are my options?

Someone had sent me a website for jobs in the arts, and there’s a lot of good opportunities out there. Let’s face it though, the requirements are daunting. Everyone wants five years of “NYC” experience. Oddly-specific degrees for strange jobs. Many are offering up flexible, part-time options, and considering we’re all a bunch of actors here, it makes sense.

I ignore the requirements if I’m interested, to be honest. The worst that can happen? I’ve inconvenienced someone who has to delete my email. I severely doubt someone’s going to end up screaming at me due to my unusual resume.

And it is pretty unusual. The good part is I can pretty much tailor it to anything, the bad news is that I’m never going to look as qualified as someone more focused.

The fear is insane though. Irrational. What am I afraid of? Getting lectured for doing something when I knew better, that’s what. “Your five years of stage managing is NOT five years of being an assistant. What’s wrong with you?!” Shrug. Transferable skills, I figure. I’d be good at it, if you want to pass up the assumed infinite number of New Yorkers with better resumes.

I’m not actually reaching here. My experiences let me pick up a lot fairly quickly. I’m a pretty capable person. People like working with me, and I like working with most, so the short time frame it’ll take me to adapt I genuinely believe is worth the wait.

But I can’t prove that, and I certainly don’t ask anyone to believe me on my word alone. I might be a lunatic for all they know. I’m certainly neurotic.

What am I afraid of? I can’t say actually. Making decisions is exhausting, especially when I’m trying to see myself through the eyes of someone(s) who I don’t even know. I’m not really afraid of rejection. It rarely means much of anything. I’ve had to hire people before and a lot of times you’re going off a vibe and a chance. I’m not really afraid of a miserable job. I enjoy most work and have a knack for healing bad attitudes. I have pretty good flexibility for how much I need to make and how long I can be unemployed for too, so I’m not terrified of being left in the lurch.

I’ve just started and I don’t have to figure out everything now. I don’t have to believe what the internet says about the market or dating or anything yet. Still, I feel like I might puke.

Consumed by fear, I did what any woman of modern values would do—I Googled. Anxiety came up immediately—there’s that word again—and then a blog on what to do about it.

“What’s the worst that can happen?” was the first question, but requesting the actual answer, stating that going through the fears and pinpointing the cause of the problems will help you face them. So I thought about it. I’m not scared of anything, not in particular. What am I truly, actually afraid of? I examined myself for a moment, really examined what I was thinking, and I realized the answer underlying theme between all my fears.

Making decisions exhausted me. What to say in my cover letter, what not to say, who to apply to, what to look for, what redflags were there? It took a lot of mental exercise to answer questions I really didn’t have enough information for.

So I Googled “making decisions” and found a forum about anxiety. Huff. We seriously need a vacation, don’t we, my fellow Americans. Why are we afraid of making decisions?

“Because every choice has consequences,” someone said.

And that hit the nail on the head. No, they don’t! I shouted to myself, exasperated. Certainly they’ll all have an effect on your life and that’s not always going to be pleasant, but not every choice is going to screw us over. We just THINK it is because we’re a bunch of Chicken Littles having watched one too many sitcoms.

That’s what causes anxiety, my friends. It’s the belief that every little choice will make or break us, that that one adverb is going to get our manuscript rejected. That asking that company how much they pay will make them send us packing. That applying to this one job you’re not sure you’re qualified for will irrevocably burn a bridge and name you an idiot.

And it might. Sadly enough. But “this too shall pass.” Despite tremendous fear that I would end up living in a Dumpster in New Jersey, robbed by a child with a .44, things turned out really great so far.

Mostly, I just don’t want to feel this way. I have things to do and I can’t be stuck trying to calm myself by reading horror stories of what it’s like to try and survive in New York City. So far, they’ve proven to be grossly exaggerated.

When I was a teenager, I was pretty happy. I also just kind of did stuff. I thought I was invincible—reputation-wise mostly—and I half assed a lot, but I did some pretty impressive stuff for someone that age. I was many things, but a coward wasn’t one of them. I felt fear, certainly, but it was pretty easy to push aside and do what I wanted.

Truth is, antagonizing over a decision too long won’t inform you better than just going for it, and you’ll probably end up the better for it. It yielded me far better results than sitting here trying to distract myself videos of cats.

I was worried about whether or not to submit in December being right after National Novel Writing Month and therefore often the time when the slush pile is truly filled with slush, but I’ve decided to take my time. I don’t want to be worried about two things at once, so I can take December to job hunt and finish up one final copy, and perhaps start submitting in January so that I can perpetuate this feeling of uncertainty for an entire year! It’s hard being a writer because it’s so easy to turn “take your time” into “NEVER DO IT EVER!” but there’s nothing wrong with focusing on the moment at hand and to lay off with the pressure.

The good thing about New York City is while there are myriads of options, it’s easier to find them again when you mistakenly passed one by. With exception, of course, but in the few weeks I’ve been here, I’ve found myself making decisions a great deal easier because I know it’s not going to be as hard to change my mind when I realize I’ve made the ‘wrong’ one.

So here’s to the job search and the exciting prospects therein. Sometimes when you’re afraid, you might just be aggravated with the feeling. Take a break and see how you feel in an hour, and realize that sometimes the choices you are most ashamed of actually ended up being a good thing. (I will submit one of these days.)