Ever been in a video game with two paths? Ever been pissed because you picked the right one?

It should come as no surprise this has happened to me, mainly because I’m pissed about every five minutes. ‘Tis the territory of having Irish in me.

A little less than six months ago, I was diagnosed with not only Attention Deficit Disorder, but three forms of it, including ADHD. When I received the results, my counselor set the paper down in her lap, grim-faced, and asked, “How do you feel?”

I shrugged. “Makes a lot of sense.”

I didn’t know that so many of the things I was experiencing were related to ADD. I didn’t even know that it wasn’t common for everyone to think that way. After seeing my most misunderstood traits put nicely on a list of questions, I began to realize why I struggled so much in areas that others didn’t.

The Boyfriend recently argued that ADD was the same as phone addiction: the craving to distract your mind constantly was caused by how easy it is to do it. His statement sparked concern in me. Despite that I used to claim ADD wasn’t a real thing too, after I realized that not everyone’s train of thought runs on the same rails, I wanted to be understood. I’m not losing focus because I want to be thinking about something else; I’m losing focus because my mind needs something to chew over pretty much every second.

I have phone addiction too. It’s not the same. In some ways, it’s the opposite of ADD.

Attention Deficit Disorder is like a video game where you have all these side quests: some people go through and only play the main, while others get through everything else before finding their way back to the predominant storyline. 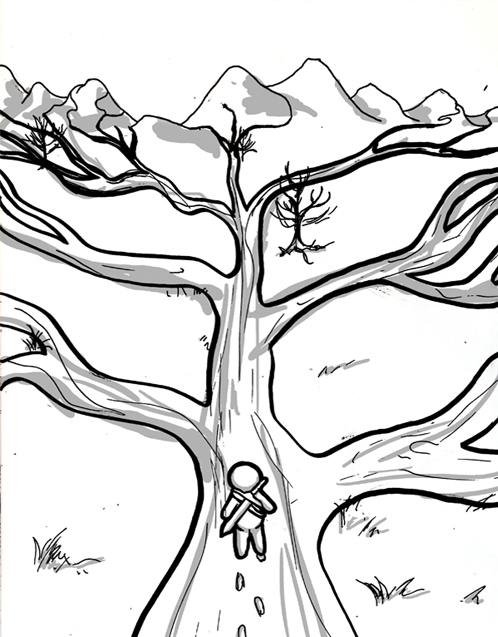 The cellphone addiction has to do with intentional distraction, rather than unconscious changing subjects.

ADD is more like walking down a path and needing to turn on every offshoot. 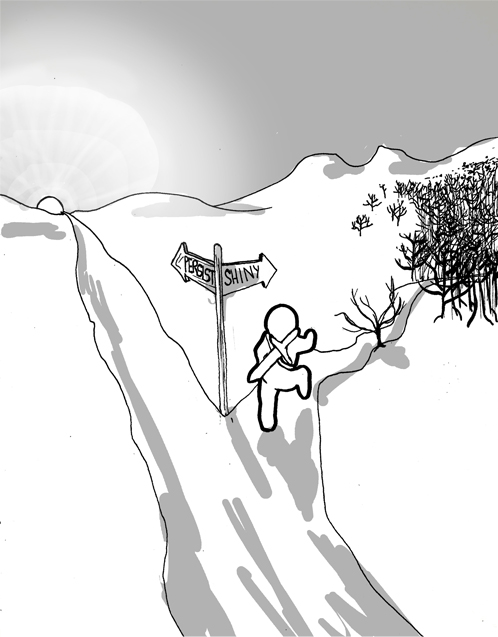 I’m not good at following orders, or step by step instructions. Truth is, I can pay attention. I can get completely absorbed into a project. I can get absorbed into six different projects. But, and here’s the gist, only if I have a bit of a challenge. If I don’t see an action as being both interesting and valuable, even if I know it is crucial (or that I should just act like I care), my mind drifts off.

Which is nice, in a way, because when I am mentally present, I’m bombarded with stimulation. Sounds, smells, lights, movement, colors, and even my own thoughts are chattering at me from every direction. White noise is my greatest enemy. I can’t listen to a song without hearing the lyrics. My eyes hurt in several different kinds of lighting. I’m constantly queasy. Being watched cripples my competence levels, my attention diverted to the viewer.

It’s strange to learn how much of my neuroses are a part of this “disorder.” I thought they were just facets of my personality or only a side of being human. While I feel relief knowing that not everyone is experiencing the level of pain I do (and therefore, not handling it better), I also feel incredibly misunderstood when I need to take care of myself. And questioned in areas that I actually excel at remembering.

Truth is, I don’t get distracted as much as I detour. I find my way back to where I need to be. Just eventually. 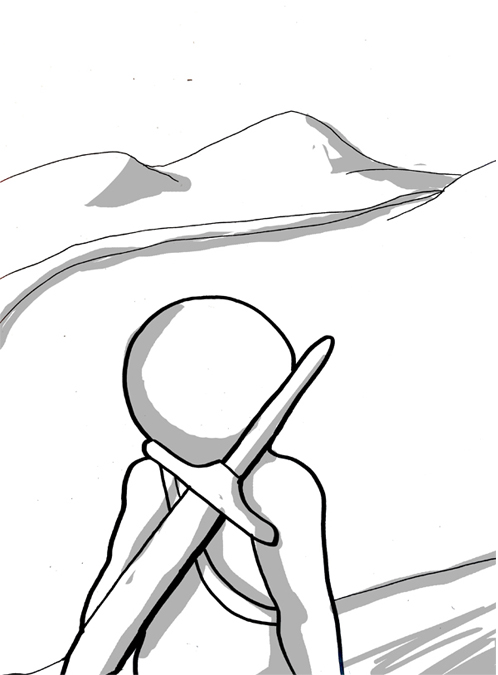 Most people don’t trust that I’m going to do that, or can’t follow my thinking long enough to see me circle back.

The “H” in ADHD stands for “Hyperactive.” This means that I need constant stimulation; otherwise, I have pent up mental and physical energy that I can’t expend. I can’t sit still for long periods and become acutely aware of any sort of pain that I’m in when I try. I get incredibly bored often, especially if I’m not active in both hands and intellect. This boredom exasperates a need to escape, to run around, releasing this pent-up electricity inside me.

As an adult, I’m more capable of understanding these urges. The diagnosis of ADD actually gave me peace instead of offense; I now realized why I struggled to “behave” in classroom settings. It also told me what to do about it. Being an adult, of course, allows me to get up and walk around typically without someone lecturing me. As an older, paying student, I have permission to state my needs, less likely to be considered being anti-authority because I need to take a break. Everyone else is sitting here for an hour without needing to stretch or walk? Well, congratulations to them, but this is necessary for me.

There are, of course, times where it still gets me into trouble. Multitasking often helps me focus on something that I can’t tune out, but isn’t mentally challenging (like doing lights during a theatrical performance, which is glamorized button pushing). If it’s too simple, my mind goes to an alternative place. I completely check out. However, try sitting next to a director and write while you’re supposed to be working his brilliant show. I guarantee I make more mistakes trying to focus rather than keeping an ear out for key phrases to check back in. In fact, ADD allows me to do this, as I always have a little bit of attention diverted everywhere.

The other thing is, people don’t believe me. They argue that, because of how they are or what they’ve read, “you don’t know yourself that well.” You’re making things up to do what you want. Or they prioritize one goal over others: Yes, multitasking can make me worse at quality control compared to when I am completely focused. But if I’m not initially focused, if I don’t care that much, ultimately doing something else can help me stay present.

I think this is the mistake that people make when dealing with kids like me; it’s all about being interested. It’s all about seeing a purpose. If your child is continually getting sidetracked, getting out of his seat, and distracting others, punishing them isn’t going to do much. They’re not doing it to receive attention or regain control, or any of the other reasons a student might typically misbehave. It’s to alleviate the massive storm pushing in your chest. It is incredibly hard and painful to try and stay on the straight and narrow path going in a direction you don’t care about arriving at. I’ve found that challenging the easily distracted students—telling them what they’re capable of, giving them better tools, and showing them harder goals—makes them more likely to engage.

Both my counselor and the practitioner who prescribes my medication were a little surprised by the results. I don’t act hyperactive. I feel it. I control myself. I have learned coping mechanisms to help me focus. I also am very good at deduction. I zone out a lot, but I can pick up on cues of what I’ve missed. To deal with my mind’s tendency to wander off, I have learned skills that actually make people believe I’m more intelligent, not less. Directly because of ADD, I take in everything. This is upsetting, overwhelming, but it also means I notice more about my surroundings than most of my companions, make connections quickly, and remember seemingly inane details.

ADD is often a more significant problem for those around us than ourselves. Many of the traits that consider me a prime candidate are things I’m proud of. It just requires a great deal of self-control to make others comfortable. That can be frustrating. The misunderstandings are common. We are expected to stay on the main path when there’s so much more to see off it and are treated as rude when we go in a new direction. People often take the way I think as a personal reflection on them.

The hardest part of having ADD is a lack of empathy people have for me. Because it is in some ways standard human traits, just heightened, more chronic. We all zone out, dream big, and get overstimulated, it’s merely that people like me have to take more breathers. That’s all.