Mathematically, (and isn’t that what’s truly important?) 30 doesn’t seem like a particularly engaging number. It’s somewhat obnoxious even, considering it doesn’t go into 100 very nicely, or even 75, which is supposed to be the average life span of a human (the last time I checked. No, I won’t cite it. Go away.) It’s impossible to make it into a clean and quick percentage - unless I decide to live to be precisely ninety. But then again, why not? Ninety is a good age. Hopefully, I won’t be brain dead, and I can still pick up a pen; I’ll be doing great. 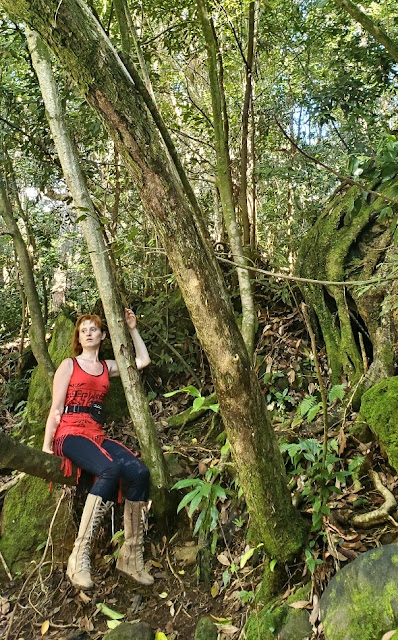 So why is 30 significant? Some people define it as the end of youth, but wouldn’t that be what menopause is for? Or wrinkles? I don’t know. I still can have the babies and have my common sense questioned, so I feel pretty young. 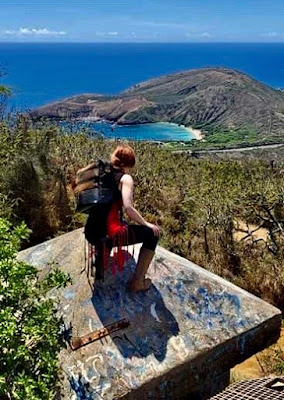 I was told when I started writing at twelve that I couldn’t write anything real until I was 30. Why? What happens at the stroke of midnight on the eve of your 29th birthday?

Midlife crises, for many, I suppose. I always felt, in my egotism of youth, naysaying by the older generation was a means of self-defense against regret. Those older people who insisted I have nothing to say until that magical birthday when my life experiences would suddenly matter didn’t seem to have spent their youth well.

Apparently, my egotism as a mature adult agrees with my younger self; I still see it that way. A bunch of self-loathing dingbats, the lot of them. They, always, after fifteen years of sticking in my craw, have not found it easy to get anyone to listen to all these important things they have to say.

Because it’s just not. Easy. For anyone. Thinking people will believe you’re smart simply because you’re old ignores how moronic you consider some of your peers. People don’t automatically expect you to be insightful regardless if you’re 10, 30, or 60, because how many people do we know who aren’t?

So, what is being 30 like? What did happen at magical midnight when I was supposed to be endowed with the knowledge of life, the universe, and everything?

Well, as I waited for Douglas Adams to call me from the afterlife, I did not experience a euphoric epiphany, chasing my spirit animal into the wilderness. But I did have to admit something, something I never expected myself to feel: My 20s brought me to exactly where I wanted to be.

Yes, I mean literally. Not entirely literally, but yes, where. I was in Hawaii. I woke at dawn on October 9, 2019, stepped out onto the balcony of my hotel, and stared at the sunrise over Honolulu. That was the right spot. The right place for me to be.

Six months ago, I decided to spend this significant birthday somewhere unique, somewhere memorable, somewhere I could breathe in the new life of “mature adulthood” (or “positive adulthood”), and start my thirties afresh. I booked a trip to Hawaii, invited all my close friends over the years, and, more to the point, continued the long hard journey of digging through the baggage, depression, and making my life one that I want to live until the time came for me to get on a plane and escape reality for a few days. I was in Hawaii with a beautiful man, feeling happy about who I was and what I was doing because I had decided to make my Big 3-O great, long before it hit me.

On the first day of my 30th year, I was hiking up an abandon railroad with an attentive, funny, sexy guy, in Oahu, my phone buzzing with personalized texts from friends wishing me a good day. I sketched a picture I was proud of. I could peacefully take time off of my work because I wasn't behind. Creatively, I was making headway, I set myself up for the trip, set myself up to make my deadlines for October. I was ready for this. Not creatively? I'm not doing any work that isn't oriented around my true goals. Not right now. I could do all of this, not because I planned on changing when I turned 30, but because I was building up until then. 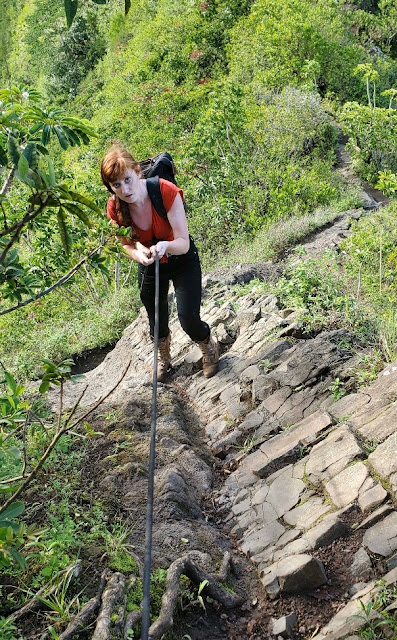 The twenties were painful. To put it politely. If I look back on 18-27 without picking it apart, it feels like a blacked-out fog of pure stress and anger. A college that taught me how to deal with assholes instead of any craft. A relationship with a self-destructive Australian, forcing me to question my own sanity. A job that burned me out for two years and left me with medical problems that I still haven’t recovered from.

Yet, at the same time, I would be wrong to say these periods were useless. That were all bad. That I didn’t get anything from these years, and that I didn’t do anything for the decade initiation to adulthood.

In my mind, I spent my adult life succumbing to the darkness. Yet, I have proof that’s not true: physical evidence of the art I’ve made, memories of the people I’ve loved, skills I didn’t have five, ten, twenty years ago. I did not spend my twenties dead. I did not waste them.

And I will not miss them.

I was learning. I was kind. I kept moving. I wrote. I traveled. I worked. I healed. And 2019, my 20th year, became the time where I truly understood what I wanted, got me moving where I am today, right at this moment, right on my 30th birthday.