What Eight-Year-Olds Have Taught Me about Not Working 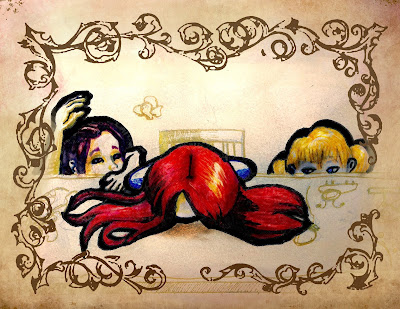 I've done it before, and I can do it again.
I'm fairly excited guys, I have to admit. The style is coming in, I've been developing a marketing strategy, and working on books left to write. Follow along with me, and if you have anything holding you back, I can teach you like an eight-year-old and slap you around verbally a bit. Just contact me through any of my social media or email.
If you liked this post, want to support, contact, stalk, or argue with me, please consider...
Become a Patron on Patreon
Liking Charley Daveler on Facebook
Following @CharleyDaveler on Twitter
Following @CDaveler on Instagram
Following What's Worse than Was
Labels: academia Charley Daveler criticism demoralization inspiration