When Building a Universe, No One Wants to Decide What’s for Dinner 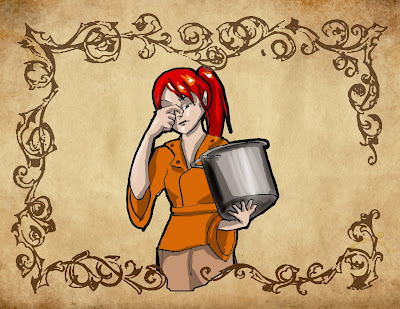 It’s a good thing Snow White only met seven dwarves, because learning more names than that requires a genius. It’s suggested that the average person can intake seven new pieces of nonsequential information, that multitasking drastically decreases the quality of your output, and a high mental load can cause a break long before sleep-deprivation. Feeling overwhelmed is the most impacting obstacle that prevents us from pursing our dreams.

How do I motivate myself to clean my house? Start writing a book. Things like cleaning or cooking don’t require a lot of mental taxation, especially when it’s not your first time. But regardless how often you write, telling a story—especially a fictional one—you have to constantly be making decision. And if you’re building a world from scratch, well…

Now, let’s be clear, there’s a lot of writers who love talking about what the characters are having for dinner. Hack hack hem, Mr. Martin. But that’s just it. Characters. The person who spends all day writing and coming up with new magnificent dishes and the names that goes with them does not want to think twice about what to make for dinner.

I find that the hardest time to be a writer—outside of bone crippling hopelessness—is when I’ve worked jobs requiring high mental load. Ones that I need to pay attention to detail after detail, schedule different jobs against each other, and keep track of to-do lists. The mental load is a real problem. The trick to being inspired can be to just cut down on those little things weighing you down:

-          Make time in which you won’t think about anything but writing, or let guilt get at you for putting something non-writing related off.
-          Write a to-do list of everything with a deadline. Find when between now and the deadline you’ll get it done.
-          Write a to-do list of things hanging over your head but without a timeframe. Schedule manageable chunks with breathing time in between.
-          Delegate and set boundaries at work. I find that most managers are far more understandable than my coworkers expected, especially if you have proven yourself to be a good decision maker.
-          Be honest about your work ethic. Don’t not write just because you should be doing something you wouldn’t do anyway. Don’t not write and don’t do anything else either.
-          Cut down on responsibilities. Think of jobs or promises you made out of guilt or ambition, but aren’t really directing you towards your goals.