How to Share Your Opinions When You’ve Just Started Writing 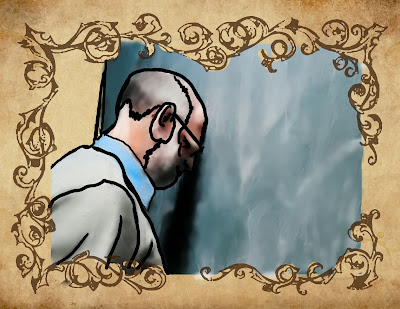 Writing, especially discussing writing, is a hell of a lot more fun when you’re confident about it. That uncertainty and insecurity makes for painful criticism and less inspired writing sessions, while trusting yourself convinces you to take a whole slew of risks with larger payouts.

But how do you become more confident?

I often start critiques with the question, “What are your strengths and what are your concerns?” This is mostly to get the issue from the horse’s mouth; I find that helping someone fix a problem he himself believes exists is much easier than if I have to prove it’s an issue first. What I’ve also noticed, however, is that many people can accurately cue in on their flaws, but are at a loss when it comes to their strengths. We know how we’ve failed a lot better than how we succeeded, and that’s part of the problem. I also ask the question in order to get a quick sense of them and know what they care about (and therefore how to talk to them).

So to start with, if you don’t feel confident, maybe sit down and really identify for yourself why you’re not a colossal fuck up. Might be a good foundation. Do so accurately, as if you’re writing a formal book report defending an author from your judgmental asshole teacher.

But the reason I write this is not because of people who are too humble and self-deprecating (at least overtly). I write this after getting another smirk from a highly inexperienced writer who had never seen incredibly conventional formatting before.

They say that it takes a little bit of skill to evaluate yourself and that those who are lacking tend to vastly overestimate their abilities. This is frustrating, not because they don’t have self-awareness, but because many times those who don’t know the first thing about what they’re doing tend to be the bossiest, most judgmental, and rudest people you’ll meet. They’re the ones who will literally laugh in your face without considering even briefly that the reason they haven’t seen it before is because they haven’t been paying attention to those things for longer than a month now.

On the opposite end of the spectrum, you have those who are afraid of being that person. Instead of smirking and pronouncing their opinion as fact, they constrict into themselves and refuse to speak.

Being a writer is just as much about showmanship and reputation as it is about the actual writing. People love writers, the authority and attitude they bring into the world, so in order to make people fascinated with your books, you need to be expressing genuine aspects of yourself, taking charge of a creative scene, and not behaving like you're less than everyone else. For your own benefit as well as your readers, be strong in who you are.

The question becomes, though, how do you know the difference? How do you know when expressing your opinion you are just valuing your own input versus exposing your naivety?

First, keep in mind that attitude is more important than content. If you are friendly, listen before you speak, and laugh a lot, if or when you say something incredibly stupid, you’re more likely to shrug it off. People are also more likely to inform you about something you didn’t know because they don’t feel like you’re going to bite their head off. You’ll notice my biggest complaint about the big egomaniacs above—it’s their contempt.

My friend is in the bad habit of making pronouncements of how “movies are.” When confronted with a script she doesn’t like, she lambasts it for not doing what she expected it to. “Dialogue is supposed to…” “Movies are supposed to…” She has a very limited view of not only how it must be done, but the purpose of media. What’s irritating is that any real life example proving other much, much more successful people don’t subscribe to her philosophy, she’ll insist that “They’re wrong!” I couldn’t argue with her the benefit of diversity and the fact that her scripts could be improved if she opened up her palate more (“Well, people who read scripts like mine.”) Worst, when she describes to me what "good" writing is, I often sit there and think, "Well, that sounds awful." It's not just that she doesn't feel writing can be creative or diverse, but that she actively believe it's supposed to be dry as hell. "Nobody actually likes reading."

People have different tastes and interests, and the biggest problem is when someone doesn’t realize that they don’t speak for the universe. It’s not that books and films can suit different needs, it’s that they should. The philosophy that bad books shouldn’t exist (like the people who lament the creation of Fifty Shades of Grey), ignore the very real reality that if a few souls got to choose which novels could be written, reading would become an awful experience for many readers. Books would be stagnant and homogenized. It’s a good thing when someone does something against your expectations.

The issue isn’t that we have different tastes, or that she’s expressing her different tastes, it’s that she’s leaving no room for anyone else’s. She’s shaming these writers for not subscribing to her ideology, and in the process, my friend makes herself seem more uninformed to me than if she chose an alternative way to talk about them. She devotes herself to bias confirmation—any famous script that doesn’t do what she’s talking about doesn’t count. This brings up questions for me about her experience that I wouldn’t have asked before. Where is she getting these ideas from? Her Those-Who-Can’t-Teach professors at a community college? Had she expressed her ideas with context and cause and effect, her background wouldn’t have matter as much because her thought process would have been solid and relatable.

So, the obvious conclusion is don’t smirk at people. Don’t talk down to people. Expect people to have different ideas and tastes. Don’t expect people to automatically agree with whatever “Ultimate Truth” you believe in. Be prepared to calmly and jovially explain your thinking, and truly listen when other people offer up other points of view.

Most importantly though, and where I was getting at with all of this, is that one flaw people have, one flaw everyone has, is we all possess intellectual “blind spots.” These blind spots can be obvious—A man who doesn’t read much cannot say how original his work is—or they can be more complex—A woman who doesn’t see herself as the protagonist while reading won’t know how to write for people who do. In many cases though, you have a few blind spots that you already know about. In the case that you feel like you’re not as experienced as you’d like, you can always ask yourself how long have you been doing this for in comparison to the person talking. This is not just to help you know when you double check your thinking, but also can bring you to realize that they might not be fully informed what they’re talking about; they might have even less experience than you. It’s pretty easy to think that you’re a new writer even after five years in, so that self-reflection can be a nice wake-up call.

You have something of value to say. Even if you’ve only picked up a pen two weeks ago, your ideas, philosophies, and perspective can be useful to those around you. Don’t be shy in saying what you’re thinking. Just remember that everyone else has something valuable to say in some form or another, that you aren’t omniscient, and that even if you’re an expert in making the books the way you want them to be, it doesn’t mean yours is the only way, or that it works for everyone.

Give people credit and you will gain credibility.