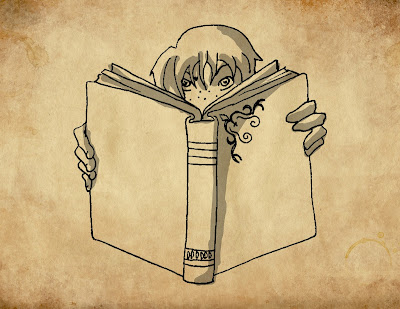 If I’m overly interested in your age, it’s probably because I'm going to find a way to confirm my already existing bias.

Unless you’re planning on dying within the next year, you have enough time to write your book.

I admire the confidence it took for you to give me your work directly after telling me I’m not writing the “correct” way, however, if you’re going to challenge me about our credentials, I’m taking you down.  I don’t know why you didn’t see that coming. Because I’m a mature professional? Ha.

4. No, I don’t know if you’re going to be a successful writer.

How fast are you likely to get discouraged? Do I think you can get published? Even traditionally published? Yes. If you stick at it. I mean, let’s face it, some pretty terrible stuff has been produced, so it’s not just about what I think of your writing.

And personally, I believe you can become talented even if you’re not yet. If you stick with it.

Keep in mind I don’t know what your definitions of success is. Will you be a bestseller? Statistically unlikely. Should that stop you? I don’t know. If you find yourself in 20 years with a whole slew of books published, a decent fan base, and yet still not making enough for it to be your day job, will you regret writing those books?

I’m not going to tell you whether or not you’re going to be a best seller because I don’t know, and it’s not really my business. It’s up to you to decide how much work you’re willing to put in and how much you’ll regret. I will say that, yeah, it’s unlikely you’ll be the next J.K. Rowling, but that doesn’t mean it’s impossible.

5. Your idea is boring and not that original. (But write it anyway.)

Oh, thank you. I’ve always been lacking in ideas! I was just waiting for someone to ask me to ghost write their brilliant vision while I wasted my time imagining my own stories.

Your idea has been done before. No, I don’t want to write it for you. Execution is more important than ideas in most circumstances, and you’re asking me to do all the work. Of course I think my ideas are better. Why would I be a writer if I didn't think I had something of merit to say?

On that same note, you’re probably not going to find an idea that hasn’t been done before, and because execution is important, you can craft an idea into something unique by contributing different elements.

Don’t bank on the originality of your idea; think about the level of inspiration it gives you.

6. Shut up about bad reviews.

Most of the complaints I hear are good things. That vague negative review that only said, “There were swear words!” deters the people who will care, and not anyone who doesn’t. That review that called you fat? Now readers are going to be on your side. No one likes that kind of hostility. Spoilers? Sorry, but your tiny synopsis that tried so hard to hide what actually happens in the book didn’t appeal to me. Those spoilers actually told me something interesting. They didn’t finish your book? How can they accurately judge it? Yeah, well, as a reader, I don’t want to pick up a novel that’s going to bore me to tears halfway through—even if it does have an epic ending. It may not help your sales, but it helps the readers, and that’s who the reviews are supposed to be for.

I can give you my personal experience and perception, but I can’t predict everything. I can’t tell you if you’re a good author, or how much potential you have in being a good author. Don’t put that responsibility on me.

Look, I’m willing to acknowledge that I might be wrong, but let’s examine the facts: You put down your favorite authors as Joyce, Fitzgerald, and Hemingway. What do these authors have in common…? Not writing style. Not even subject matter really. Pretty much the time period and their reputations. When I talk to you, you don’t really seem all that interested into camping trips or grasshoppers or the sea. And you then you told me you liked him because his prose wasn’t distracting. I’m not sure you’ve read him at all.

If you do like him, that’s your own choice and you shouldn’t give two shits about my opinion. But you should know why I’m just smiling and nodding.

In a recent descent against self-publishing, a woman went on a rampage against these indie authors saying, without irony, anyone thinks they can be a “writter” now. Another man vented against self-publishers claiming that if their books were good enough, they would be picked up by a traditional publisher like him. A traditional publisher, I came to find, who doesn’t design book covers, market, or check for typos on the back cover.

My Grammar Nazism is hard to curb on a good day, but my tongue is the most bloodied when people start casting stones.

Shockingly, sometimes other people impress me. There have been occasions where I see the amount of response they receive, have a successful submission, or just do something genuinely stunning and I think, “How on Earth…” Typically I try to support them in a subtle way, buying their book, putting into their Kickstarter. If I know them well, I’ll ask them about their experience, but if you’re just someone I watch from afar, I’ll just sit back and wonder.

Or sign up for my newsletter!
Labels: demoralization ego motivation subjectivity