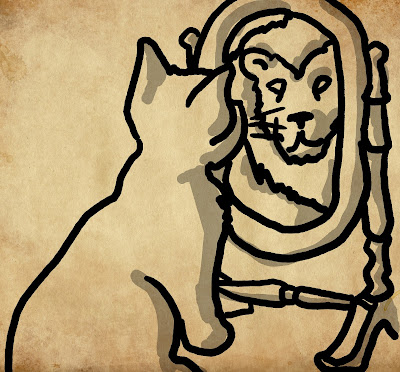 Beginning writers are delusional about how good their writing is.

While I’m absolutely positive I could find someone who is like this, I don’t think I’ve ever actually met someone who didn't have a little sense of doubt mucking things up. Not even myself.

Delusional, yes. Uninformed, yes. Hopeful, hell yes. But even when considering the most arrogant writers I’ve met, I would argue that every biased writer I’ve talked to leans in the direction of hating their own work.

Not that all writers do hate their work (I put a lot of weight on my ability to analyze my own writing before giving it out for external opinion), but when I see extreme delusion, it’s against the writing, not in favor.

Yes, I’ve had people who were bad at taking criticism, and I’ve definitely experienced writers who act like they are in love with themselves, that they’re the biggest expert in the room, and that they are superior to everyone around them. But, I never got the vibe they really, truly believed in themselves. Their insistence of quality seemed to come from fear, not confidence.

It was hope and insecurity that leads to inappropriate attitudes. The worst were often the people who said, “I’m too hard on myself too.” Which translates directly into, “I think/hope my work is better than I think it is.”

Sure, I’ve changed my mind about pieces, liking them one moment and not the next. And then sometimes I’ll go back again. Sometimes I’ll feel like something is in good shape until I’ve put it away for later and then I’m like… no this needs more work. But being completely confident? No.

Even those writers who send out their unpolished manuscripts claiming they have the next bestseller, even those who go ballistic at criticism and tell the critic they’re batshit crazy, even those who seem to be filled with an undeserved ego don’t necessarily think highly of themselves. In fact, it’s likely that they have a lower self-esteem than average. Some people like their writing fine, and this discourages some to push it to being the best piece it can be, but for the most part, writers have at least a modicum of lingering doubt about their abilities, no matter what they say.

Your family is too nice to give you constructive criticism.

Most writers come to me in shock about the lack of support they get from their parents, siblings, and friends. No, they probably won’t buy your book even if they said they would. They probably won’t read the one you give them either. And it’s likely that they’re going to be harsher on your writing than anyone else. They know you, they remember when you were too stupid to figure out a toilet, and they’ve seen the “behind the scenes” just as much as you have.

Now, it’s not impossible for families to be too nice. If I had to speculate (and this is only speculation), I’d argue it’s a 3:7 ratio of too nice to too critical (from the conversations I’ve had). Meaning that your mom’s praise might shouldn’t be taken super seriously, but it’s more likely she’s going to end up making you cry.

That doesn’t necessarily mean that they’ll be giving you useful feedback, but it’s important to realize that having your family not too interest in your work is probably the norm, not a sign of your ineptitude.

Reading good books will help you become a better writer.

Well, yes. They do. It helps. And I would recommend it to anyone who is looking for the fastest way to improve. The mistake is where people push “good” books and don’t give enough credit to what reading unpolished or outright bad fiction can do for you.

For starters, there’s the issue of what is a good book.

Academia is filled with teachers saying, “No, Lord of the Rings is not a classic,” and “You’re naïve if you like Twilight.”

“See these books you don’t like? That are boring and unrelatable? Those are good books. Oh, but you don’t try to write like them. You’re not good enough yet to break those rules.”

There is a huge inconsistency. The books you like are bad, often the books you don’t like are good, and in the end, it doesn’t really matter because you really aren’t allowed to write like either.

We give people examples like Melville, Hemingway, Joyce, Shakespeare, and Austen, but got forbid you actually attempt using their styles. And the writers who do start their career by mimicking voices usually come off as force, stilted, and unoriginal. I’ve read a lot of unpolished fiction, and you can always see the Hemingway copycats. Their style usually doesn’t do well with people for a variety of reasons.

One, predominantly, being that it did not come from an organic and personal place. The writer is often “trying too hard.” Two, however, is that if you want to learn from the greats, you have to learn all about the greats.

Hemingway did not get away with a lack of punctuation because some editor immediately recognized his genius. He got away with it because he was in the right place, right time, and knew the right people to convince them to give him a chance. He wasn’t just some guy in your MFA class chopping sentences down to the bear minimum, he was a friend of Gertrude Stein, a war hero and longtime journalist.

If you want to learn from the greats, you have to do more than read their work. You have to understand what books they were being compared to, how networking helped them, what publishing credits they had beforehand. You need to know the world, their biography, and a thorough understanding of the current literature.

If you want to learn from an unpolished manuscript, on the other hand, you can just look at what they’ve done, consider why it does or does not work for you, and move on. It’s more likely to be consistent with what other people think, bad writing being easier to define than good.

Self-publishing is for those who couldn’t get published.

People self-publish for many reasons, and I don’t plan on judging them for that. I respect people’s choices—as long as they don’t expect me to compensate for the pratfalls. (Yes, I recognize your right to publish your typo ridden draft. No, I will not buy it. No, I am not policing you. No, I don’t owe you anything.)

I think that having this new method of literary distribution is a good thing, though I will argue that statistically speaking, I don’t pick up a self-published book with the expectation to enjoy it.

So, yes. Most of them suck. Self-publishers know that better than anyone. People are publishing unfinished, unedited, pieces of a manuscript that they’ll never finish and charge you the same price as a well drafted novel. It’s irritating and too common for my taste.

But most people didn’t get rejected before self-publishing, whether or not they would have.

Many authors were traditionally published prior to the ebook boom, they didn’t like the process, and realized they could make more money doing it themselves.

A lot of self-publishers tell me they chose this route because of a fear of rejection. They never even gave someone the chance to tell them no, but went to self-publishing in the first place.

Manuscripts often get rejected by publishers and agents, not because they’re bad, but because they don’t think they can make the investment back, it didn’t touch them personally, or unfortunately because they have a limited amount of stories they can work with and they chose someone else’s.

Which is to say that good books get rejected by agents all of the time. And the agents will often even admit that they turn down many ideas they liked due to time management and marketability.

I will admit that many people self-publish out of laziness or impatience, but the assumption that’s the only reason someone would do so isn’t always accurate.

Writers have a lot of free time on their hands.

If you can write professionally without having a day job, yes, it is true that you get to design your own work schedule. But keep in mind that unlike regular hourly wages, authors make money from the creation of the product—the same amount of money whether it took a month or ten years to write.

We don’t price books by quality (publishers’ advances do to a certain extent, I guess), and honestly time taken does not always mean quality. Which means that you might spend hours working on a scene that will get replaced for one that took you five minutes.

Time is valuable to the author. Writing takes a lot of hours. I can read a book in three days that would take me three months to write. And, if you’re working traditionally, everyone is waiting on you. They can’t edit certainly until you’ve finished the first draft, and they often shouldn’t market or start designing until the story is a more sure thing.

Plus, no matter how dedicated you are, staring vacantly at the screen for a period of time is a part of the job. You have to take into consideration your inability to focus for the hour you’ve allotted to writing and really assign two to it. I could write five pages in an hour and fifteen minutes, but it’s probably going to take me two and a half.

So, while we can “get out of work” easier than someone with a boss, it doesn’t mean that we should.