Understanding Competition in a Sea of Resources 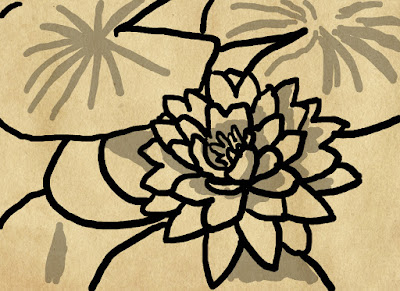 I hated getting a ribbon when I didn’t deserve it. Not because I’m pragmatic or humble or don’t like meaningless praise, but because I didn’t want to go up on stage and smile like an idiot when everyone damn well knew what that blue ribbon actually meant. In speech and debate, I hated getting sixth place, because it meant I would have to go up there as the face of a loser where as if I had gotten seventh or lower, I could have embraced my anonymity.

As I’ve matured, I’ve started to recognize that sometimes ranking at all is an achievement and I may have judged my talents more harshly in my binary sense of things.

Growing up, I wished that people had taught more about how to be competitive. Even though I wouldn’t have necessarily taken their advice—being the stubborn little egomaniac I am—I felt at a huge disadvantage when I went from a community with endless resources—Teton County being one of the wealthiest in the country—to a city in which you had to fight tooth and nail to even hear about an opportunity.

So when I read on Facebook a quote claiming, “A flower does not think about competing to the flower next to it, it just blooms,” I had to jump right to my soap box.

Cute, but inaccurate. Scientifically and metaphorically.

How well a plant does, how beautifully it blooms, is directly influenced by the amount of resources it has. In a controlled environment, it could have enough nutrients, sunlight, and water that it really doesn’t matter how close the one next to it is, but in nature, plants are constantly competing for resources and if the guy next to him is consuming most of them, he’s not going to do very well.

Socially, our communities are finding ways to make necessary (and not so necessary) resources available to all. In fact, we have an excess of food and means to grow even more; the real problem is distributing it. The U.S. can’t just give out corn to the third world countries without destroying their economy—the jobs of the farmers and their self-reliance. It’s difficult to incentivize people to improve their lives if you place a safety net under them, which is why communism wasn’t as successful as people had hoped.

You find this becoming more of an issue the further ahead we get as a civilization. Every single human deserves food, right? Of course! But that’s easy to say when we have enough. First world countries are used to having plenty of resources at their disposal and it starts to beg the question of how much should survival be earned and how much should we be entitled to it?

I find myself envious of the risk taking and work ethic of authors with poor backgrounds. I’m not an idiot; I don’t wish to be poor(er) and I recognize that I can push myself even without having hunger at my heels. My point is, some of the most admirable writers I know did extraordinary things because they would starve if they hadn’t. They have bills to pay, mouths to feed. They couldn’t sit on a manuscript for fifteen years for fear that it wasn’t perfect. They had to get it out there.

Certainly this mentality can produce half-baked crap, but it can also push people harder—to work faster, to think more critically, to really evaluate why it isn’t working and what they can do differently. Those with a financial padding can hide away and think and think and think to never actually put ourselves forward.

There are occasions where the blooming of others won’t affect you in the slightest. I call writing a passive competition because your critique partners’ successes is highly unlikely to affect yours. Unlike in acting, where the guy you’re auditioning with can’t get the part if you do, the likelihood of the people you’ve met being someone who actually agent-blocked you—their manuscript getting picked up instead of yours—is highly improbable.

Should we be worried about what other people are doing? In some ways, yes. Envy and competition pushes ourselves to be better human beings. Should we let it eat away at our happiness? Well no, and that’s what the point of the post really meant.

Jealousy is a natural and even sometimes beneficial feeling, but like everything, it needs its limits. If you’re feeling inspired to get a move on because those around you are doing so, go with it. Let that frustration and dissatisfaction move you to be a better person. But if you find that you’re never good enough, you’re not enjoying your own beautiful life because you’re too obsessed with others, there is something to be said for not worrying about what you’re neighbors are doing and focus on yourself.