So I Have a Winner and an Idea! Good News or Bad News? 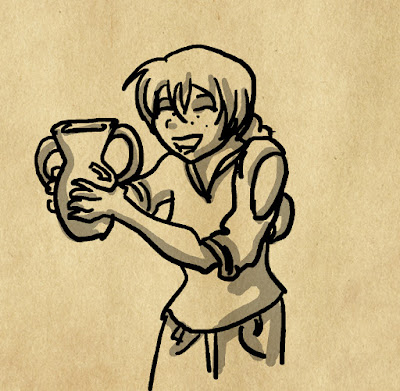 The winner of my H.G. Wells quilt is a young man by the name of Chance. He has already been contacted and accepted the quilt.

Full-disclosure, Chance is a friend of mine who I had to strong-arm into submitting. On one side, his winning is nice because I don’t have to pay shipping. On the other, I prefer when people who I don’t know—as in the last few giveaways—win because I feel it is more to the heart of the giveaway.

I started these partially to self-promote, but also because I like making things and don’t like having them around the house. It is nice to be able to do something creative, have it go out into the world and not have to look it anymore.

I am not surprised the quilt was won by someone I knew. What I am more shocked about was the huge incongruence in the number of hits on the post itself and the actual submissions. I won’t give numbers, but when I say a grossly larger number of people visited the post versus those who actually entered, I do mean gross.

It suggests to me something needs to be done differently. Was the how to enter confusing? That has happened in the past in which people thought they submitted and hadn’t. Was it that no one wanted to commit to the social media requirements? Did people just not want to give me a mailing address? Did they just want to look? Was I being skeezy?

I understand avoiding things irrationally like the best of them, but I’m not positive why someone would be interested enough to figure out what had to be done and then decide against it without reason.

For next giveaway, I’m going to add a “One Free Entry” option and see if that changes things.

But the giveaway was not a bust. I didn’t get many Facebook likes or Twitter followers, but I did receive some subscriptions to my newsletter and followers on my blog, which was really want I wanted. So I call it a success.

It’s an expensive proposition, the quilts costing anywhere from 60 dollars to 100 to make. It would be more effective to just hand the money over to Facebook. However, I make the quilts because I love to so the money really isn’t going towards promotion. And I feel the giveaway has long-term potential. I like offering it.

For December’s quilt, I should be hopefully settled after my move to New York in October, but who knows. I am going to try very hard to stay on schedule now. Moves affect me more than I realized, and for last January, being in Australia really threw me for a loop. I’m not sure I’ll be able to find a solid place by then. I’m not sure what’s going to happen at all. I’m pretty much winging it.

Next time, I plan not only on meeting my deadline, but advertising the quilt prior to raffle days, and doing a better job of preplanning the image. I’ll have some designs up first before even beginning to sew.

If you are interested in having a quilt made of a specific author or book, let me know through Twitter, Facebook, email, or even Instagram. It must be in the public domain (or you hold the copyright), but other than that I am open to all ideas.