The Motivation of a Big Life Change

I’m moving in two months. I’d have moved two months ago if I hadn’t already agreed to work a play. Then add in that my job is closing and I am one of the few primary employees, I didn’t want to leave my boss in the lurch, so that tacked on an extra three weeks until I could go. Then it’s my Dad’s birthday. Then Christmas. Then New Years. So now the official departure date is January 3rd.

There’s all this crap that I wanted to have done before I go, and now that I have a date in mind, it’s actually time for me to think that it’s feasible. Truth is, having a deadline like that is a great motivator. The problem with most nonprofessional (i.e. unpaid) authors is that they don’t have a time requirement. No one cares if they don’t get their stories done within a certain amount of time.

I do, however, and I’ve been slacking.

I will admit that over the last few weeks I’ve been working a show and, combining that with my day job, I’ve been working 14 hours a day with one half an hour official break. I’m exhausted—like many of my fellow thespians—and I don’t feel like doing much. But, today the show premieres, which means starting Sunday I’m going to have my nights back again. Hell, even a day off if you can believe that.

I’ve decided, as I like to do, that there are a few bigger projects that I’d like to get done before I actually pick up and move. These projects, like most, are in the final stages and so get waylaid (I’m much more likely to do something that I know will take forever to finish, but will blow off anything that I feel I could end in a quick burst of work ethic.)

-Read all the books I’ve borrowed from people and return them.
-Finally send out that manuscript to agents.
-Get my serial short story website up.
-Redo my web comic and get ten pages ahead.
-Finish one of the books I’m writing.
-Get my Etsy store working.
-Get my giveaways going.

Most of these won’t actually take that long. I have several different first drafts that are damn close to being done, my manuscript I have been editing for the last few years just needs to have about 10,000 words cut (which considering I’ve already cut more than 50,000 isn’t as difficult as it seems.) I’ve been writing my serial short stories for the last few months, have the website designed, etc. It just takes some time to put it together. The web comic will take forever, probably at least two weeks of all my focus, so we’ll see about that one. The giveaways are going to be writing based quilts I’ve made, one including one of Edgar Allen Poe. (Follow my blog, friend me on Facebook, or follow me on Twitter to keep up dated on when that will be.) I’d like to set up one to co-inside with my launch date, but I’m not sure that will happen. Quilting takes a long time.

I am announcing the launch of my online episodic short stories, STORIES OF THE WYRD, December 15, 2014. 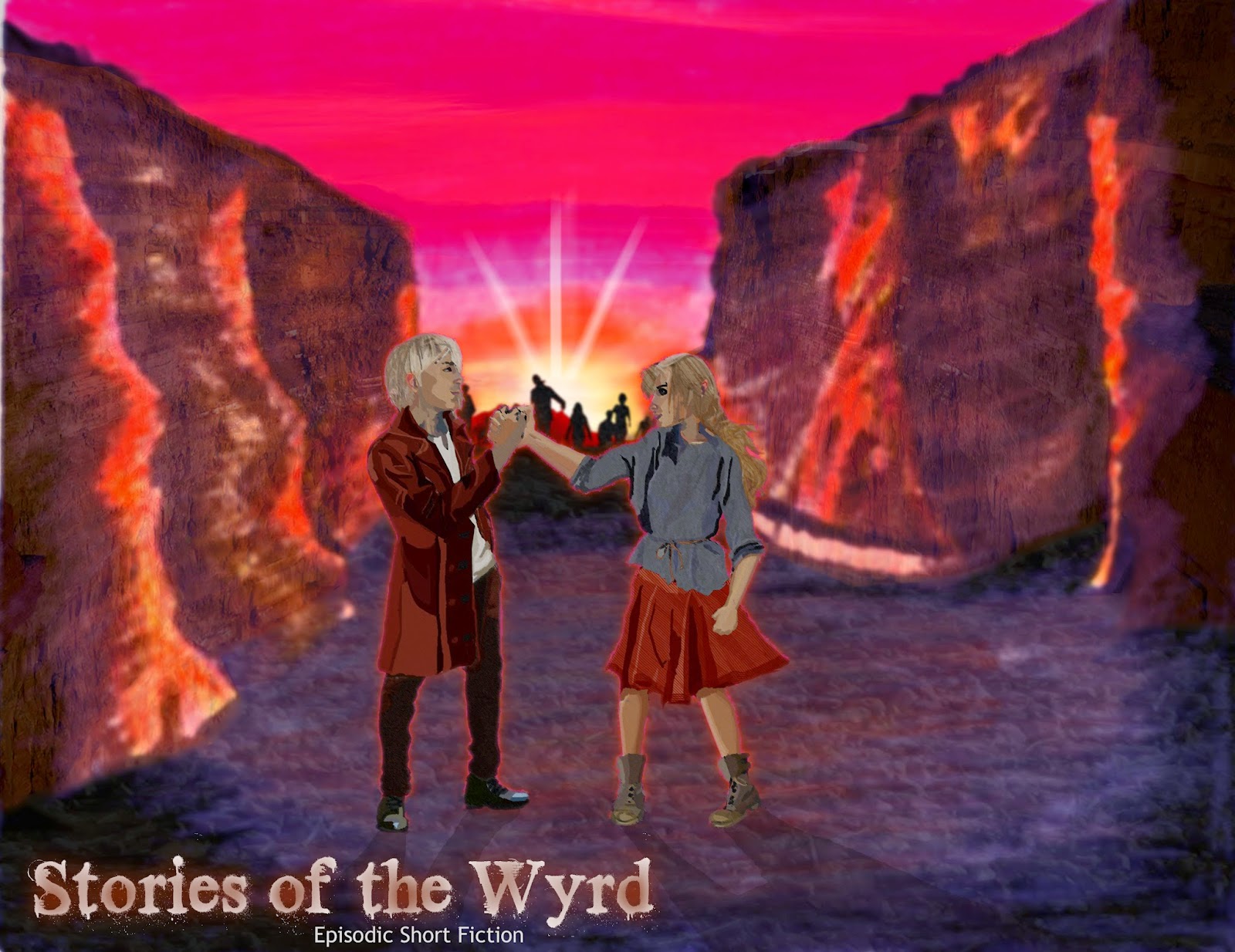 Brother and sister, Rasmus and Kaia, walk along the ever shifting boarders of society and the strange wilderness christened the Wyrd, fighting monsters and beasts that crawl from its misty recesses. For a price of course. And if they can’t find something, there’s nothing to say they won’t make it up.

These stories will be free and online at my website www.CharleyDaveler.com at the end of this year.

I won’t be worried too much about getting any of this started until Sunday, mostly because I am so tired I am finally willing to admit that maybe I don’t have the time needed to actually do all my work, and that maybe I can give myself a break.

So I have three days until the countdown begins. Stay tuned.
Labels: cutting me motivation short stories